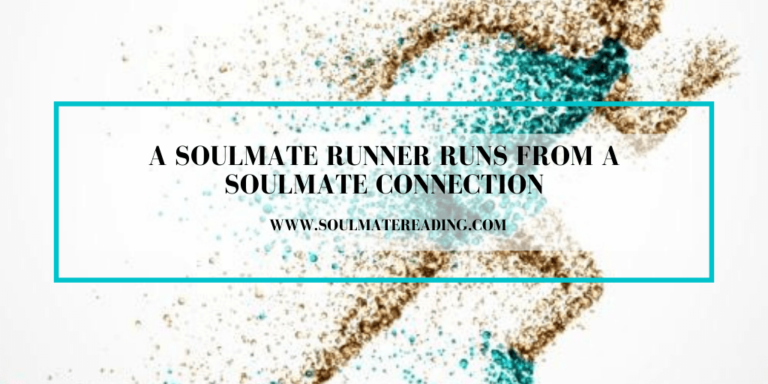 Is your soulmate a runner who runs like hell from your connection?

This happens in almost every soulmate relationship. But many don’t know how to handle it. A soulmate runner will leave you feeling like the rug has been pulled out from under you.

When a soulmate leaves you can become an emotional mess. This is understandable. But it’s not the end of the world.

THE SOULMATE RUNNER IS VERY COMMON

You’re not the first soulmate to experience a soulmate runner and you won’t be the last. But you will need effective steps in dealing with it. The first thing you have to realize is this is not about you. Yes, it happened to you. But it’s about your soulmate, not you. Regardless of what bullshit story they may have given you for leaving, the truth is it’s just an excuse.

They’re clearly not ready to speak the truth and deal with the issues they’re facing with your soulmate connection. That is for them to fix and part of their lessons to learn. It would be great if all soulmate couples could just simply help each other through personal growth. And then go riding off into the sunset.  Unfortunately, this isn’t how it works.

More often than not, they separate for a while to get it together by themselves. It’s definitely a rough spot. It’s the path most soulmates take. And one of the major things that define a soulmate relationship. The last thing you want to do is use that separation to cause you to make numerous mistakes.

ARE THEY MISTREATING YOU?

Having a soulmate is not an excuse to allow bad behavior and mistreatment. Soulmates don’t get a free pass just because of your connection. You don’t get a pass either if you do something stupid.

It’s bad enough that your soulmate is a runner and not in control of their own emotions. You certainly don’t need yours out of control either.

That really is the first step to handling your soulmate separation anxiety. First, take a deep breath and calm down.

There’s no need for you to rehash every day and every word spoken endlessly looking for an answer. You more than likely won’t come up with the real answer on your own, so don’t bother. This isn’t a treasure hunt. All that will do is keep you stuck and focused on the wrong things. You will find out the answer with time. Leave it be. And whatever you do, don’t chase after them!!!

Don’t question whether what you had was real. You were there. You know what went on. Just because your soulmate is a runner doesn’t mean the past must now be rewritten. Don’t let their questioning the connection cause you to do the same. Both of you need not be confused and in a state of denial.

Instead, take a look back at the relationship and ask yourself what lessons are there for you? What negative emotions or actions that are unlike you came about during this relationship, or once it ended? Work on those, and keep your head on straight as best you can.

There is a great chance your soulmate will return, and you will need those lessons learned to deal with the next chapter of your relationship.

7 thoughts on “A Soulmate Runner Runs From a Soulmate Connection”