How to Deal with a Selfish Soulmate

A SELFISH SOULMATE EXPECTS TOO MUCH

We want to make our soulmate a priority. And their happiness is important to us. We just want to feel important to them as well. It doesn’t have to be exactly even. But when you’re contributing 100% and they are putting in 0%, it’s impossible not to feel resentment toward them. What we do for them could make us feel good but now makes us feel bad.

Now we feel stupid for being so nice to them because they take it for granted. Waiting for them to finally make us feel important to them, causes internal frustration. We’d allow them to always get their way, but now it’s exhausting. We want a partner and someone who contributes to the relationship. And we surely don’t want to do it all ourselves. 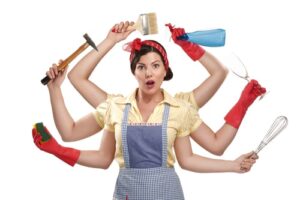 How to Deal with a Selfish Soulmate

GETTING THEM TO GIVE BACK

So how can we turn the tables? How can we change a selfish soulmate? Is it even possible? In many cases change can happen, but you have to be careful how you go about it. If you tell someone they’re selfish, in many cases they will either look at you like you are crazy, or they will turn it back around on you.

It’s best to begin by changing your actions. But do it subtly. For instance, let’s say your soulmate always behaves selfishly by forcing their opinion on where you should eat dinner. This time, don’t back down. Stand your ground, but don’t tell them you’re doing it to make a point. Instead, just become immune to the tactics they use to change your mind or give in to them. If they sulk or complain during dinner, don’t feed into it. Instead, put on a happy face and just keep talking about how much you’re enjoying your dinner.

The next time, if they try this again, tell them you’re not in the mood to go to the place they want. But suggest getting take out from two different places. They’re very used to getting their way, so they will not like this new behavior in you. Now they’re going to have to get used to something new, which is you having a say in your plans and restaurant choices.

Is your soulmate so selfish they give you a list of things they want you to do for them? but when you ask them to do one thing for you, they complain? From now on when they ask you to do a favor for them, tell them you don’t have time. Tell them since you have to do all your things yourself, you don’t have time to help them out. Again, they’re not going to like it. Who cares? They will get over it.

When they’re done sulking they will try to start that again. When they ask for yet another favor, tell them sure, you will do that for them. But only if they can do something for you, or you won’t have time. There’s a chance they won’t do what they promised even though you do. And that’s ok. When they ask yet again, do the same thing again. But now don’t do their favor UNTIL they do yours. Yes, it sucks that you have to be like this, but it’s gotten out of control, and it has to be fixed. You enabled some of their selfish behavior, and now you have to put a stop to it. Sometimes we create our own selfish monsters, and it is time we turned them back into loving soulmates.