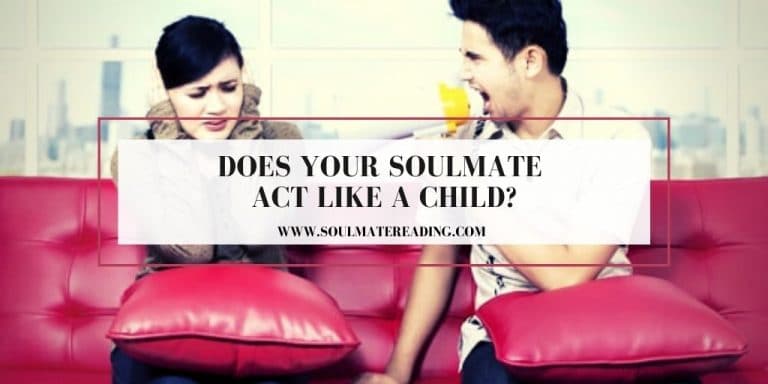 Does your soulmate act like a child times? Or all the time?

Soulmates bring to mind such romantic words and feelings, that it’s hard to believe a soulmate could act out, but they can.

Soulmates bring out the best and the worst in us. When it brings out the worst in us we’re supposed to acknowledge it and create change. Perhaps it’s insecurity, jealousy or a myriad of different things. But they’re meant to come to the surface and be dealt with.

Sadly the issues or areas soulmates are meant to work on get worse, not better. That’s why people often have to deal with an immature soulmate who creates drama. Since emotions run high and deep, they’ll get the better of us. When we act emotionally, we don’t always make the best rational decisions. Because we are feeling, rather than thinking things through.

Many people are shocked because they believe someone who loves you, really loves you, would never ever act in such childish ways. They believe loving someone hits the inner childish button inside us all and deletes it.

Well it doesn’t work that way. Just because your soulmate acts like a child sometimes doesn’t mean they don’t care for you or love you. They just don’t know how to have a healthy relationship and respect proper boundaries.

So if this is happening to you, ask yourself, why doesn’t your soulmate know how to have a healthy relationship?

Are you contributing to their behavior by letting them get away with it and therefore enabling it? Because if you are, you need to change in order for your soulmate to change. You probably didn’t tolerate this kind of thing before and you shouldn’t be doing it now. Not even for a soulmate.

So do what’s right, instead of what’s safe. Stop tolerating it and letting them get away with it or things will never change.

4 thoughts on “Does Your Soulmate Act Like a Child?”