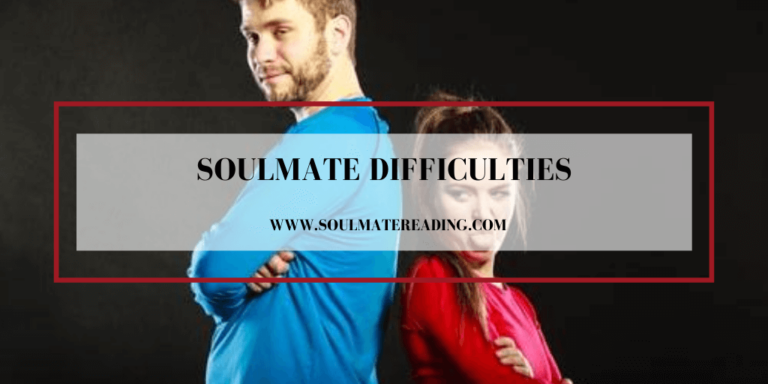 Difficulties almost always arise at some point between soulmates.

When soulmates meet one or both of them are already in other relationships. That situation is full of difficulties, or challenges, right from the get go.

In other cases, the beginning of the soulmate relationship is like a dream come true. Both partners feel like they are walking on air and are happier than they have ever been. Then, suddenly, out of nowhere comes a crisis, or what we call the soulmate crisis point.

MANY DIFFICULTIES TO OVERCOME

Perhaps one soulmate is having problems with the intensity of their connection. Or one soulmate feels the situation is too good to be true so they sabotage it because they don’t want to wait around for the other shoe to drop. Or, one or both of them, are allowing their fear to create difficulties in their relationship. Whatever the case, you need to know that it is commonplace, not rare, that soulmates encounter difficulties in their relationships. Just like the rest of us.

You may think that because you have a spiritual connection your relationship should be organically easy. Since you both think alike and have so much in common, you would think there would be very little conflict. Guess again. It doesn’t matter how alike or how connected you are.  Since the point of a soulmate connection is to make ourselves better people through growth, expect some growing pains as well. And boy do those growing pains hurt. As many of you have experienced within one of more of your soulmate relationships.

Surprisingly, this is usually not what happens. In almost all cases (not all, but most) they both go backwards. Of course with this retreat comes more and more difficult situations and pain. It just makes things worse. The universe is not responsible for their choice of behaviors. Each member of the soulmate couple is responsible. They will get their karma and it won’t be pretty. If the couple works through their difficulties they can continue on their spiritual path together, at the same level.

This is when the soulmate couple has reached the stage of true soulmate harmony. Working as a team, at that point, they are a fortress of strength and love.