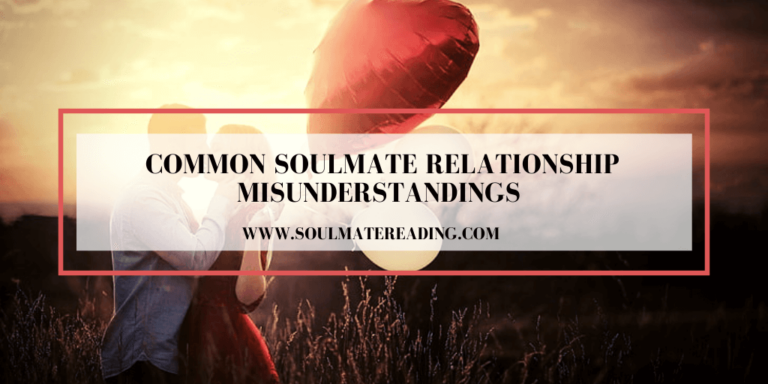 Some problems in soulmate relationships are actual problems and real issues. But sometimes, what becomes a big problem, or break-up, was really just a relationship misunderstanding.

1. Your soulmate should know how to please you at all times.

One of the most popular soulmate relationship misunderstandings is their soulmate should know exactly how to please them at all times. And during all facets of life. They believe the soulmate connection makes them perfect for one another. And that they shouldn’t have to tell each other what they need or what. This sets their soulmate up for failure. The expectation that someone is going to read your mind and emotions at all times to perfection is unrealistic. It doesn’t mean your soulmate connection is weak. And it doesn’t indicate you’re not really soulmates.

In every relationship, soulmate or not, you have to speak up. How can your soulmate know what’s important to you if you don’t tell them or show them? Misunderstandings happen all the time. And it’s due to the expectation that “they should know, I shouldn’t have to tell them” nonsense. Is it really a reflection of how much your soulmate cares about you when they don’t anticipate your wishes properly and consistently? No, it isn’t.

So many folks are disappointed if they have to tell their soulmate they need help or how important something was to them. It’s one thing if you tell them in advance and then they brush it off. But it’s another if you give them no clue to begin with.

Soulmates should feel a sense of freedom when it comes to communication and be able to express everything important to one another. So why hide what’s important to you? Why set the stage for relationship misunderstandings to occur between you? Many of our clients complain that their soulmate wants them to be a mind reader and are tired of getting into trouble when they aren’t. They have a valid reason for feeling that way. They aren’t mind readers. So don’t force them to have a skill that they don’t have.

2. Talking, or not talking, about feelings.

Another soulmate relationship misunderstanding is found in the discussion of feelings. But also failing to discuss feelings. Many soulmates find it very easy to talk about their feelings and express them all the time. Every day. They discuss them with their friends, family, co-workers, hair stylist, you name it. Others? Not so much. And especially when it comes to the newness of the soulmate experience and emotional depth that comes with it.

While one soulmate has readily embraced the connection and ready to share their feelings with the world, the other may not be comfortable doing so yet. They haven’t come to grips with what’s going on and feel overwhelmed. Forcing them to speak about their feelings can lead to many, many misunderstandings. And because they’re not ready to talk about it yet, they may say things they don’t really mean. They need time to work through their emotions by themselves first. So their soulmate partner may feel hurt because of things that were said, or were not said.

It’s not about you, it’s about them. Most people feel like they enter into an alternate reality when they meet their soulmate and truly aren’t ready when it happens. Give them some time to work things out in their own minds first. And before pressing them to share their every thought with you regarding how they feel, let them catch their breath. Don’t take it personally. It’s rare for both members of a spiritual union to be on the exact same page at the exact same time.

Another common soulmate relationship misconception is that soulmates never fight. Wrong. Soulmates love hard and fight hard. What starts out as a simple misunderstanding can be blown completely out of proportion. Many people believe their soulmate will be with them 24/7.

But soulmates are still people. And they need personal space and time for themselves just like everyone else. Just because your soulmate wants to do something without you, doesn’t mean they’re withdrawing or pulling away from you. It’s nothing personal and doesn’t mean there’s a problem in your relationship.

You don’t have to go to along with them every time. Just let them go by themselves. And that doesn’t mean you’re not being supportive. It doesn’t mean you’re drifting apart. In fact, it’s healthy for couples, including soulmates, to have time away from each other. Why sit home and watch a sporting event you could care less about when you could hang out with your friends and have a great afternoon as well?

Soulmates can have fun alone, without their soulmate. But it doesn’t mean anything is wrong with the relationship. Don’t jump to conclusions. If your soulmate wants to cram for a test, or finish a work project on the weekend, don’t let it lead to a misunderstanding. You don’t need to be there with them. So give them their space. Don’t feel the need to call or text several times asking if they’re ok. And don’t get upset when they don’t do it either. You’re grown adults. And they have a valid excuse for needing to focus their attention on something other than you. Why let it lead to a blow up?