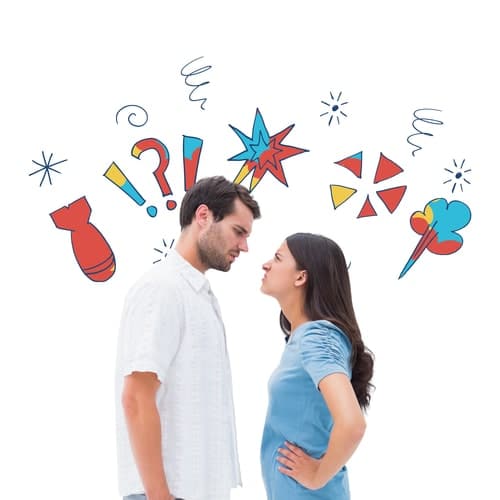 Anger between soulmates is common. Soulmates often face a multitude of challenges. And with those challenges can come a lot of anger. In many cases anger can stem from frustration. Both soulmates are supposed become better versions of themselves and make changes for the better. So they face certain things about themselves can cause anger.

When a soulmate doesn’t create change that would be good for both them and the relationship, their partner can react with different levels of anger. For instance, let’s say a soulmate has to start working less and change their life so they are enjoying it more. It may not be as easy as it sounds. If your soulmate is a workaholic, or too dedicated to their job, the change may be difficult for them. Although it’s not impossible, they would much rather you just accept the fact they work a lot. It would be easy for them to ignore the change and just hope you adapt to the status quo.

Even if you’re not a needy, clingy person, you wind up feeling anger towards a soulmate that doesn’t make time for you. You want to spend time with your soulmate. And you want them to be there for your important events. You want someone to be available when you do really need them.

NOT SPENDING TIME TOGETHER

What good is a relationship, even a soulmate relationship, if you don’t get to see one another? It’s one thing if it’s beyond the person’s control. Because you wouldn’t fault them for that. But you would be angry if it’s their choice. And instead of compromising, they don’t do a damn thing to spend time with you. It makes sense that someone would feel hurt when they’re a lower priority than someone’s job. Most of us do need a job to support ourselves. But we are referring to people who choose to work more than they need to. You want someone to be married to you, not to their job.

So many people contact us when they’e having anger issues with their soulmate. Some fights between soulmates can get pretty heated. The emotional level they operate on, regardless of if the feelings are good or bad, runs very high. Even little things can bring out a boatload of anger between soulmates.

They pretend to be angry enough about something to end things with a soulmate when they’re just looking for an excuse. Ending, in most cases temporarily, a soulmate relationship sometimes has very positive results and can be a great opportunity for a better relationship when they reunite. In the time apart, instead of being angry at their soulmate or their lack of control over their emotions, they realize how important their soulmate is to them. Soulmates don’t always learn their lessons when they are together. They often learn many apart.

4 thoughts on “Anger Between Soulmates, Yes Soulmates Get Angry At Each Other”