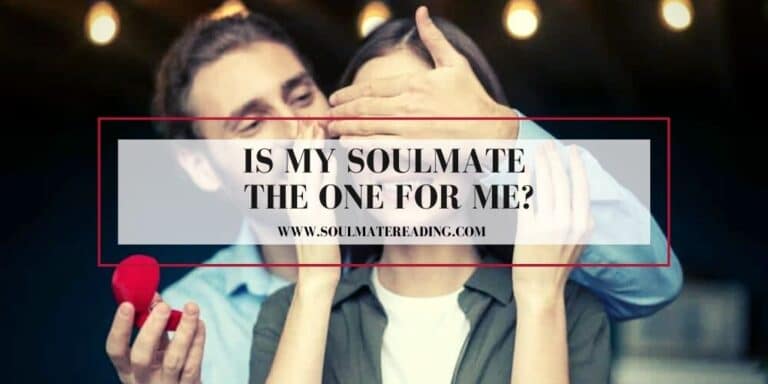 People often call us asking “is my soulmate the one for me?”

This is truly a hard question to answer because it depends on many different variables.

It would be great to be in complete control of the success or failure of a relationship all by ourselves. Then we’d be the only ones responsible to make it work or make it fail.

That’s not how it works in relationships. Both parties, and what they contribute to the relationship, decides the outcome of the relationship. No one is “the one for you” if they treat you like garbage. The universe doesn’t put you with a soulmate so you can suffer. That’s just not what they have in mind for you.

Being in a soulmate connection doesn’t mean you have to subject yourself to their bad behavior and hurtful words. The universe isn’t going to reward you, or give you a medal, for enabling and tolerating hurtful, disrespectful treatment. As a matter of fact, doing so is keeping you off your spiritual path.

Suffering doesn’t have to be a part of a soulmate relationship. Soulmates aren’t supposed to be martyrs. Change and growth can be difficult, but it doesn’t have to go to the extreme levels of difficulty some soulmate couples experience. It’s not necessary at all. The way to minimize the difficulty is by not contributing to it.

IS YOUR RELATIONSHIP HARMONIOUS?

Yes, you may think your soulmate is the one for you. But they may not be the only one for you. The one will not be the person that hurts you more than anyone else in your life.

Soulmates aren’t supposed to be a constant source of heartache. So they need to get their act together and be willing to treat you better. Otherwise you may have to remove yourself from the relationship and focus on yourself for a while.

Although this is hard to do, it stops the problematic dynamics from getting worse. It also forces you to reconnect with your own faith and strength. This stops you from coming from a place of fear and insecurity. Doing this may be the hardest thing you have ever do. It can also be the very thing that forces your soulmate to change and grow as they need to.

The universe creates the union between you and your soulmate to give you both the opportunity to have the best kind of relationship. Your soulmate will be the one who challenges you and makes you open yourself to positive change.

They are the one that should give you strength and purpose and to see the bigger picture. It’s not all about romance. It’s finding what you need to release to heal and to change. It’s the same thing for your soulmate.

So expect there to be some growing pains for both of you.