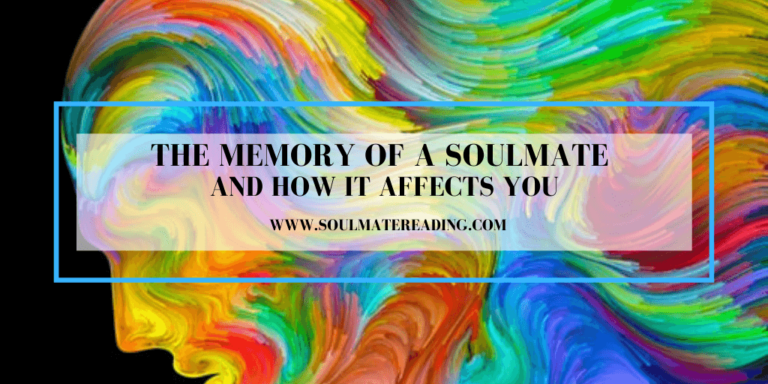 The memory of a soulmate affects different people in different ways.

IS THE MEMORY OF A SOULMATE KEEPING YOU STUCK?

Even people in soulmate relationships that are in a very dysfunctional state, allow the memory of good times to cloud their judgement. They remember the time when things were good and believe that’s how things should be. In a only a matter of time they will be again, if they just hang in there. They hope being loving toward their soulmate will in turn cause them to return that love.

In many cases, just hanging in there, and being loving, makes things worse for the couple. It is rewarding bad behavior, which is never a good idea. That’s not to say you have to act horribly towards them. However, you do have to address their toxic behavior.

Sometimes the memory of how things were during good times holds people back from facing what really needs to be done to make the relationship better. Forget about the past for now. Don’t even focus so much on the future.

You need to put your attention on the present. Because this is what will shape your relationship going forward. Look at the problems you’re currently facing. It’s time to look for new ways to create change. Stop using the behaviors you used in the past. Those clearly didn’t work.

HOW DOES YOUR SOULMATE REMEMBER YOU?

What do you think your soulmate’s memory of you is? Do they think you’ve changed? Have you lost their respect? If you have, then you can look back and see where you let go of your self-respect. Vow to not do that ever again, not even for your soulmate.

Do not sink to lower levels like your soulmate has. Rise above them and only deal with them when they come up to your level. So many soulmates get numerous chances to get things right. Don’t use up all your chances making the same mistakes over and over again.