Home Soulmate Connection Is Your Soulmate Testing You?

Is Your Soulmate Testing You?

What should you do when your soulmate keeps testing you? Sometimes it is the universe that throws the tests at us. These tests are supposed to challenge both soulmates. By supporting and turning towards one another the tests should be passed. But when soulmates turn away from one another the test is easily failed. This is one of the main reasons soulmate relationships fail when the universe is testing them. 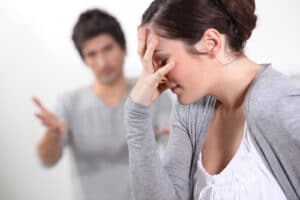 Is Your Soulmate Testing you

When the universe is testing soulmates, it’s the time for you to work together. Unfortunately, this is when soulmate tend to turn on one another. Look at your soulmate relationship. Look at the times it was in crisis. Let’s say one of you lost your job and it seriously affected your standard of living. Did the other soulmate offer support? Was that support accepted? Or did the soulmate who lost their job withdraw, or become argumentative? Did the soulmate who lost their job want to handle it all by themselves? That is ego.

When you are part of a relationship you are supposed to join together to handle things that affect both of you. This is the only way your soulmate relationship can pass through times the universe is testing it’s strength. Soulmates should be showing their strengths to each other, not their weaknesses.

The universe may not be the only thing testing you. Your soulmate may decide to do some testing of their own. No matter how many times you pass their “test” it will never be enough. The testing will continue throughout, and to the detriment of, the relationship. Let’s say your soulmate keeps testing your patience. You have been waiting for them to end a relationship to be with you. For how long and how many times has your patience been tested? The simple fact that your relationship has continued means you keep passing the test.

But where is it getting you? Anywhere? No. All it is getting you is frustrated and mad at your soulmate. Your soulmate’s test was to get them out of their previous relationship. You were the catalyst for them to change and embrace a more fulfilling relationship. They were not supposed to turn around and test YOU. They failed their test. And in reality, their testing you is failing your relationship as well.

It may be time for you to test your soulmate relationship and turn things around. Stand with the universe and not against it. Sure, it may not be easy for them to leave their relationship, but is it any harder than you waiting? No, it is not. So stop allowing your soulmate to continue testing your relationship, and given them a test of your own.