Home Relationship Issues and Concerns Have You Lost Interest in Your Soulmate?

Have You Lost Interest in Your Soulmate?

Have you lost interest in your soulmate? Has your soulmate caused you to lose interest in them because of how they treat you? Do you feel like you’ve lost all hope and just can’t do it any more? Are you ready to walk away from your soulmate because you feel as though enough is enough?

That can actually be a good thing.

Not all soul mates are meant to last. 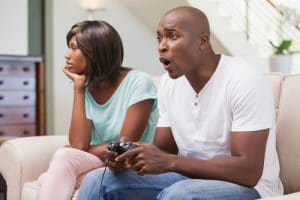 Have You Lost Interest in Your Soulmate?

If your soulmate refuses to step up to the plate and instead steps all over you, it may be time to lose interest in them all together. Your soulmate may not realize you have a threshold and that they have reached it. When you’ve lost interest in your soulmate, they will know it. And they won’t like it. It just may be the wake up call they need.

More than likely they may wait you out. Because after all that you have done to show them you care, it will be hard for them to believe you suddenly don’t. When they do realize it, more often than not, they try to get you interested in them again.

Then the decision will be up to you.

You may not be able to get that interest back. You may have moved on to another soulmate and not be willing to let them go. You may even decide to give them another shot. How you feel now is not always indicative of how you will feel in the future.

It really takes a lot to lose interest in a soulmate. It doesn’t happen overnight either. Soulmate connections are very strong, and are able to withstand an awful lot. No one can just simply lose interest in their soulmate unless there is a very significant reason as to why. Even then, it takes time.

The connection doesn’t go away.

If you’re feeling overly emotional, you make think you have lost interest in your soulmate. Before you do anything you might regret, give yourself some time to calm down and think rationally. You may do something you might regret, and no one wants to deal with a soulmate separation they didn’t want. Soulmate separations can last a long time, and you shouldn’t end a soulmate relationship without really thinking it through.