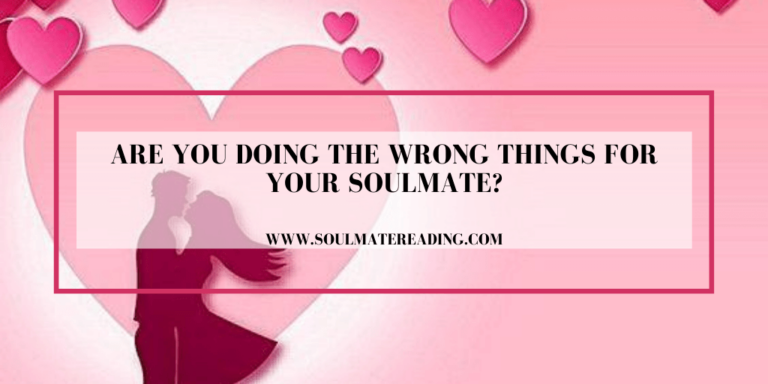 Doing the wrong things for a soulmate can do detrimental things to your relationship.

Most people don’t purposely set out to do the wrong things for their soulmate. Many folks would do anything for a soulmate. So you’d be surprised how many of those things are actually wrong for them and the relationship.

DOING THE WRONG THINGS CAN HARM YOUR RELATIONSHIP

For instance, one soulmate mistreats the other but believes they’ll always be forgiven because of the connection. The other feels they tolerate bad behaviors because of the soulmate connection. This is the wrong thing on both ends. It’s not what the universe wants for you. This is not how the universe expects you to treat the gift they have given you. And they won’t support this kind of behavior.

The expectation was to bring you both to higher levels, not put you both in the sewer. You may blame a sense of powerlessness because of your connection. But in fact your connection should make you more powerful. It’s the choices you make that allow your connection to be strong one and not a weak one.

So when your soulmate mistreats you and disrespects your connection, don’t sweep it under the rug. Don’t expect two wrongs to make a right, because they won’t. Don’t let your soulmate drag you down to a lower level. Keep your standards high.

Don’t think your relationship is meant to last. It won’t if you both keep doing the wrong things. Doing the wrong thing will lead to a separation between you. It could either be a temporary separation, or a long-term one. You’re both responsible for which one it is, by the choices you make.

So when you and your soulmate have an issue, look deep within yourself. You know right from wrong. Don’t allow fear to creep in. Always go with what is right and fair. Your soulmate and your relationship will be all the better for it.

2 thoughts on “Are You Doing the Wrong Things for Your Soulmate?”