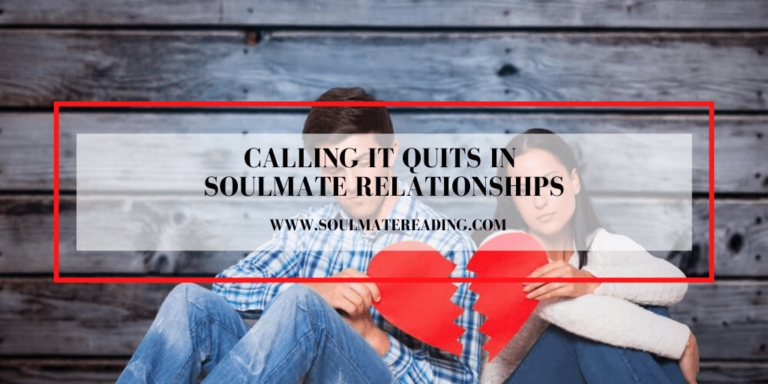 CALLING IT QUITS THROUGH SEPARATION

In many cases soulmates often wind up finding their way back to one another. The intensity of soulmate relationships is so strong. The connection is so deep and the feelings so overwhelming that many people feel a loss of control. When some feel they’re losing control there comes a desire to regain control.

One such way is to call it quits with their soulmate. They get the idea that if they can’t get control of their emotions, then why not just end the relationship? This way they get their control back. That may sound good on paper but it’s not always the case. We are responsible for controlling our emotions to a certain degree, but we can’t shut our emotions off entirely. We are humans, not robots.

Many soulmates want to know if there’s a chance for a reunion because the thought of being without them hurts too much. People should take break-ups seriously. But some break-ups shouldn’t be taken seriously. Why? Because some people don’t see the difference between a fight and a break up. Just because a couple has a fight doesn’t mean it will lead to a break up, especially with soulmates.

It is okay for a couple to have disagreements, and it can actually resolve problems and bring the couple closer together. Some people worry that every little argument or cross word will lead to calling it quits. This isn’t always true. And if the relationship is a healthy one, it can’t be true. What that worry does signify is that there is a bigger problem that is not being addressed.

You may also want to check out our article: I Have Lost My Soulmate, Now What Do I Do?

4 thoughts on “Calling it Quits in Soulmate Relationships”