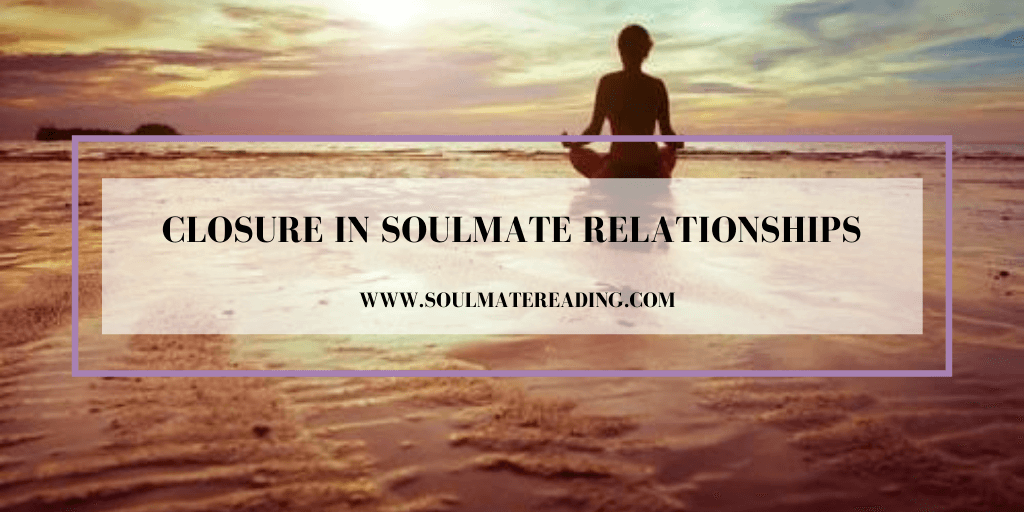 Since soulmates have such high highs, and low lows, the level of drama involved in these relationships can reach epic proportions. You’d think stuff like this only happens on shows like Dallas or Dynasty. Because of the extreme intensity of emotions between the couple, there is often not a middle ground. They love hard, and fight hard.

CLOSURE IN SOULMATE RELATIONSHIPS CAN BE TRICKY

Even though they are soulmates, there’s damage done to the relationship when they go at it. Someone has to be brave enough to stand their ground before things get completely out of control.  Seeking closure in soulmate relationships is a very tricky and elusive thing. It’s difficult for someone to understand the levels of tolerance for bad behavior between soulmates. They often have the ability to forgive a soulmate in ways they could not with any other person.

For a soulmate to be seeking closure from the relationship, they really have to be pushed to their breaking point. No one wants to give up on a soulmate. It will be the hardest thing they’ve ever tried to do. More than likely they have tried to get closure from their soulmate more than once. And it didn’t work. Some people talk of cutting the cord or breaking the connection, but that’s not something you can do.

1 thought on “Closure in Soulmate Relationships”