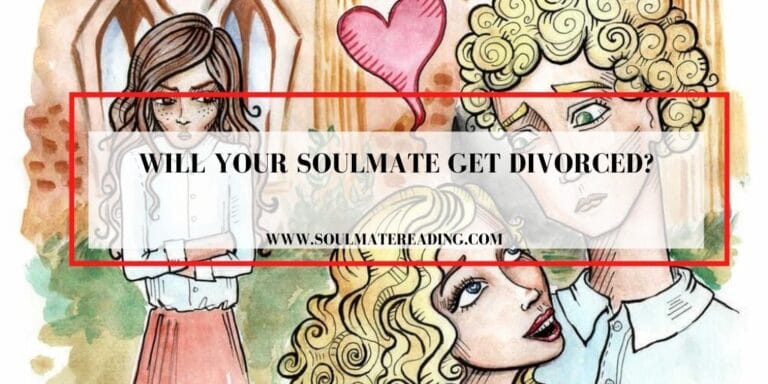 Will your soulmate get divorced so you can be together?

Many people meet a soulmate who’s married to someone else. You try to keep the fires of the connection at bay. You don’t want to enter into an affair, that’s not like you. However, you can’t to seem to resist. The temptation is way to strong.

You always told yourself you’d never have an affair. But the connection to this person is too intense and impossible to resist. You probably assume your soulmate will divorce their spouse, so the two of you can be together. But will this truly happen? They tell you they’ll get a divorce, but will they?

WILL YOUR SOULMATE GET DIVORCED TO BE WITH YOU?

In order for the relationship to grow, your soulmate needs to end their marriage. This can be a very long and arduous process. Your mind is flooded with questions that scream to be answered. How long will this take? Are they consulting with an attorney? Have they begun the divorce process by moving out and separating from their spouse? Or are they coming up with excuses to stay in the marriage? When will they finally get that divorce?

Let’s start with your soulmate. Have they told you their intentions about getting divorced? Did they say it was when their children come of age? Has your soulmate said that divorce is not an option? Your first clue about your potential future lies in what they say about a divorce.

They decide if they will get divorced, because it’s their marriage. You, however, get to decide if you want to stay in the affair. You do have a say in what happens between you and your soulmate. So don’t think your happiness and well-being is all on their shoulders. You are not powerless.

The first red flag in this situation is if your soulmate has been saying for months they’ll get divorced but haven’t consulted an attorney. It doesn’t mean your soulmate won’t get a divorce, But there’s an indication they’re dragging it out. And if it’s up to them it could take an eternity.

No one is excited about getting divorced. It costs money, causes drama and isn’t a fun process. So you can understand a certain amount of reluctance. If your soulmate drags it out for years it’s likely a sign they’ll stay in their marriage far longer than you can tolerate.

You may feel your soulmate doesn’t love you enough to get divorced. Of course you take it quite personally. It’s hard not to. But it may not really be about you. It may strictly be coming from a place of fear.

Your soulmate’s spouse may make many threats if they ask for a divorce. They may threaten to take money and property. And they could try to ruin their career or keep children away from them. Your soulmate, without knowing the law, may actually believe those threats. Their fear may be genuine. Perhaps your soulmate doesn’t have enough money to get a divorce. All these reasons are not personal. It’s not about you. So don’t take them to heart, which we realize may be easier said than done.

Sometimes you may have to end an affair to show your soulmate they need to be serious about ending their marriage. Your soulmate may be so happy you’re in their life they fail to prioritize properly. They see no need to rock the boat right now, since they have what they need, which is you.

Sometimes soulmates meet when one, or both, are married. Now that may seem like a sick joke from the universe. But it isn’t. Some soulmates need to meet before they are divorced so they will get a divorce. Sometimes nothing but a soulmate meeting will propel people to get out of marriages that no longer work for them. And this very much a part of their personal growth and life lessons.

2 thoughts on “Will Your Soulmate Get Divorced?”