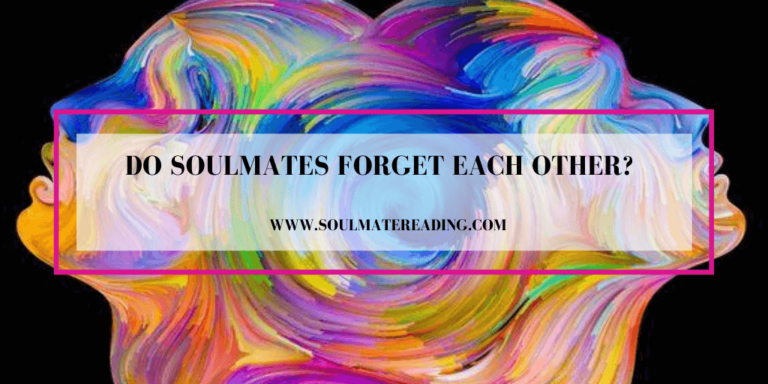 Do soulmates forget each other? Will your soulmate be able to forget you with the passage of time? Are you worried that if you have no contact with them memories of you will fade?

SOULMATES DON’T FORGET EACH OTHER

It’s not easy to forget a soulmate. The deep connection between soulmates is such a significant experience. So it’s fairly impossible for them to forget each other. It’s hard to forget someone you can’t stand, who treated you horribly and you wish you never met. So it stands to reason it would be even more difficult to erase your memory of someone you loved and were connected to so deeply.

We can remember people we worked with and went to school with. And we even remember what we watched on television as children. Anyone we have significant encounters with stay in our memory banks for a very, very long time.

We hear from so many of you that fear your soulmate won’t remember you and move on. This is actually a very unrealistic fear. There are so many people who would love to forget bad memories in their lives and can’t.

But we’re not able to choose which memories we discard and which ones we keep. Yet so many people worry needlessly that after a few months, or even a few years, their soulmate will have zero memory of them and what transpired between them.

Some true soulmates have been separated for a long period of time, sometimes even decades. But they often say when they meet again it was as if time had stood still. The feelings are still there and so are the memories. Many admit they picked up right where they left off. And the connection was still as strong as ever.

Think about the relationships you’ve had in the course of your lifetime. Not the people you dated only once or a handful of times. We’re talking about people you had relationships with and developed feelings for.

They don’t have to be a soulmate or even someone you had a good relationship with. Have you truly forgotten any of them completely? Of course not. So why on earth would someone think that soulmates can truly forget each other? It defies logic, reason, and basic human ability.

Many people would like to forget a soulmate because they’re in the throes of the drama that goes with these relationships. Perhaps they haven’t heard from their soulmate in a long time and want more than anything to just be able to forget and move on.

Guess what? They CAN’T. They can deal with it and they can handle it. And they can move forward from it. But they can’t forget them. Just like your soulmate can’t forget about you.

5 thoughts on “Do Soulmates Forget Each Other?”