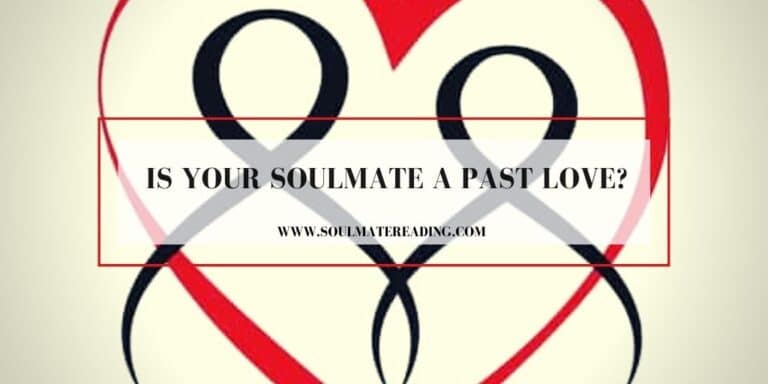 Is your soulmate a past love?

Sometimes soulmates do part, for one reason or another.

No matter what the circumstances, many people find themselves reminiscing about a past love and wonder if it could have worked out differently.

MOVING ON FROM A PAST LOVE

Moving on from any relationship can prove difficult. But moving on from a soulmate is really, really hard to do. At the time, you or your soulmate may have found your union too overwhelming. So the easiest thing to do is run. It wouldn’t be surprising if the runner now, looking back, has feelings of regret and wish they did things differently.

Soulmates are rare. And once you experience the bond between soulmates, every other relationship you try to make work seems to be missing something. Well, the connection is missing!

Most people think back on their past loves every now and then. But thoughts of past soulmates pop into one’s head much more often. Past soulmates creep into your thoughts and you wonder how things could be if you stayed together. It’s not hard to imagine why someone who let a soulmate get away can’t shake the feelings they still have for them, even many years later.

What happens when a past love is a soulmate who moves on without us?

When a past love who is a soulmate moves on, it doesn’t necessarily mean they move on to something or someone better. Sometimes they settle for something that makes them feel safer. And by safer we mean in the sense they’re not as emotionally invested in their current relationship as the one with a soulmate. This makes them believe they will never get hurt as much because they don’t care as much.

They may even try and see their soulmate in person. In this instance, although they’re in a new relationship, they truly haven’t moved on from their soulmate. It’s impossible to completely let go of them or the unique connection.

We must point out that many people tend to look at their past relationships and rewrite history. They choose to remember and focus only on the good aspects of a relationship but forget the bad ones.  Our first real love always has a special place in our hearts.

But our first real love isn’t always a soulmate. Some are, of course. Sometimes soulmates meet early in life. Then they separate and take different paths. Years, even decades, can go by but they always remember each other, because the connection always remains.

Soulmates find one another again and reunite after long periods of time apart. They’re finally able and willing to embrace the connection between them. They’re not afraid anymore. Even though they may have married someone else, had children and divorced, they feel the pull back to one another.  The life lessons they each learn while apart prepare them to get it right this time around.

This is not to say it’s a good idea to go back into your past, look up old flames, to see if any sparks are still there after a long-term relationship ends. Too many people find the thought of starting all over again with someone new scary and exhausting.

So rather than try to meet someone new, they look up a past love. Like everything else in life, sometimes it works, sometimes it doesn’t. It’s not about recreating the past, but building a better future.

Sometimes the past should stay in the past.

If you’ve let a past love go you may believe you will never get another soulmate. So you feel there’s no point in trying. That is simply not true. We can all have multiple soulmates. And if it didn’t work out that doesn’t mean the universe won’t reward you with another one in the future. So don’t lose hope and don’t settle on less than you deserve.

For example, let’s say you met your soulmate while both of you were in high school. The relationship didn’t stand a chance because one of your parents got a job offer to move to another state or country. How was that the fault of the two of you? Since it was not the fault of either of you, the universe will be sympathetic. You may either get an opportunity to reunite with them at a later date or meet another soulmate at another time in your life.