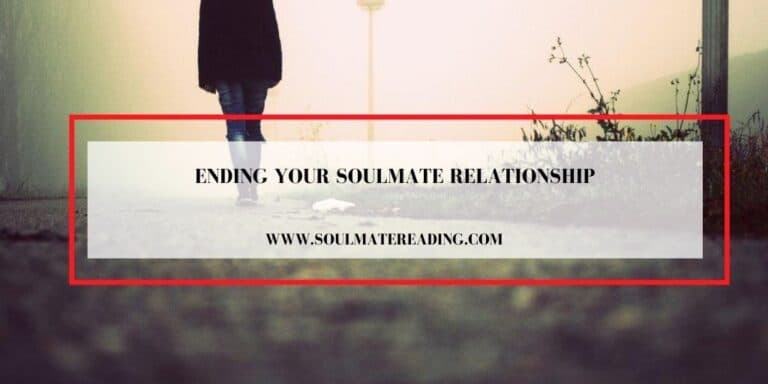 Ending a soulmate relationship is one of the toughest things anyone will ever do.

There are many reasons for calling it quits with a soulmate. For some it’s simply that they finally have enough of bad behavior.

So this is the last resort.

If this doesn’t work, and their soulmate fails to realize they need to change, they’re willing to go on without them.

ENDING A SOULMATE RELATIONSHIP IS HARD

Maybe they’re rejecting you. If this is the case you’ve probably tried to get them to be reasonable and reach a compromise. Or, to at least meet you half way. If they’re not willing to work with you, ending your soulmate relationship may be your only recourse.

Even though it’s difficult, it will free you to meet a soulmate partner who is better for you. They may even come back a changed person and ready to do better.

This may be the best course of action for you if you’re still interested in an ex or a past soulmate. You may decide your current relationship is not as fulfilling as the last one. And you desire to see if you can reunite with your ex soulmate.

Fear of commitment can often end a soulmate relationship. In many cases this is only temporary and the couple often reunites. But at the time of the break up, one partner fears a long term serious relationship.

The intensity of the connection and the knowledge of the serious nature of it scares them. They often become a soulmate runner, and end the relationship out of fear. They can run but they can’t hide from themselves. The connection is on their end too, and even though they are away from their partner, they can’t cut the cord. Usually this is exactly what brings them back.

Have you experienced the ending of a soulmate relationship? How did you handle it and why did it come to an end? What was the final outcome for you? Comment down below.

10 thoughts on “Ending a Soulmate Relationship”